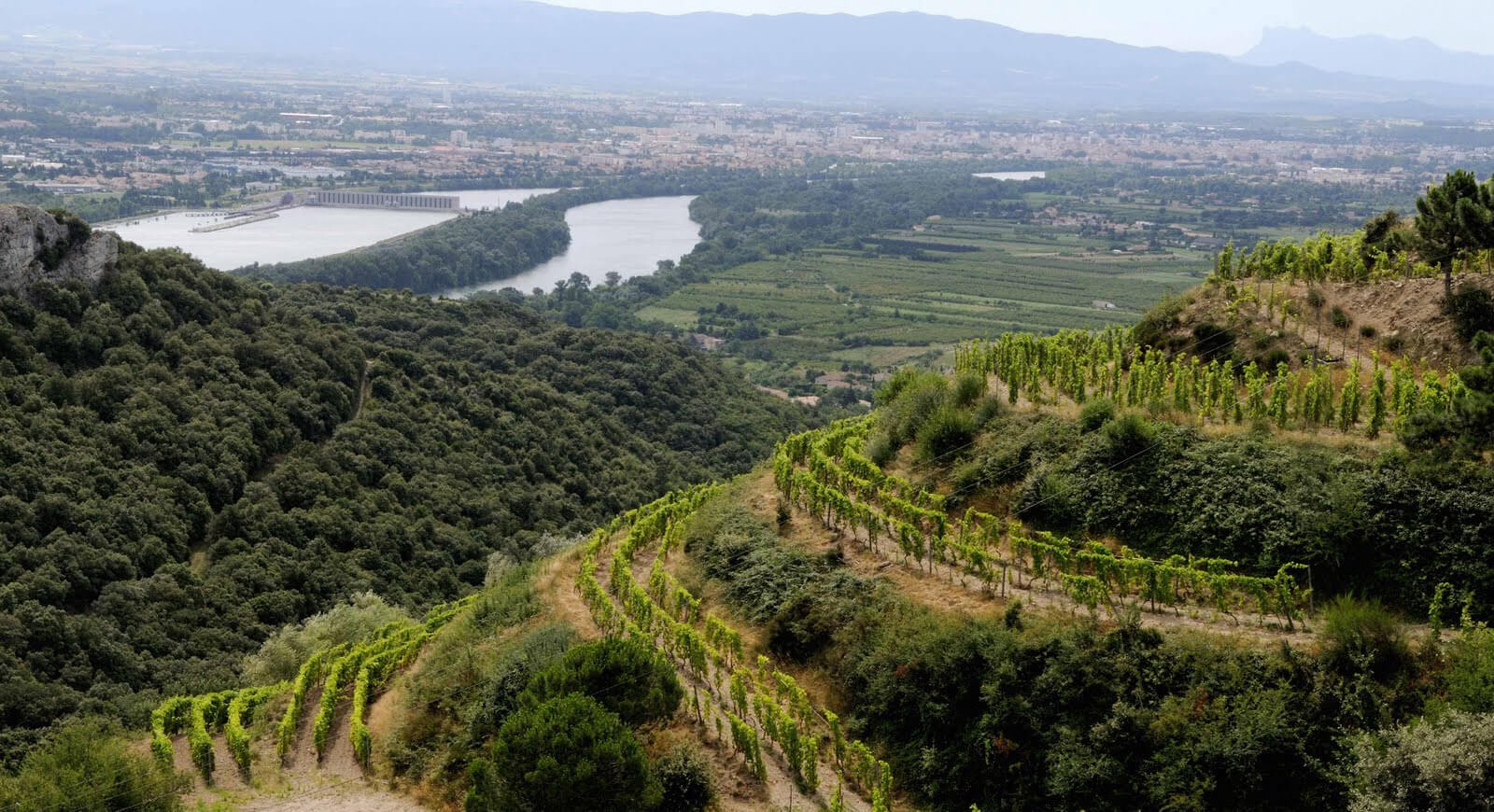 2017 across France was a vintage of almost universally-limited yields (with the bizarre exception of Burgundy who saw their largest crop since 2009) but the effect on quality is variable across the board. The general consensus coming out of the Rhône Valley is that 2017 is a small vintage but one the suffers in no way for quality.

On the ground the producers are optimistic. In Châteauneuf-du-Pape the likes of La Vieille Julienne and Domaine des Bosquets both reported perfect quality in the fruit, albeit lamenting the decreased quantity. Naturally their compatriots north of Lyon would remind them that a small vintage is often a good one. With up to 50% decrease in yields across the south that will come as a welcome silver lining, but it may mean some increased prices. Fortunately for Rhône lovers and investors alike, there is still a lot of room before top quality Rhône hits the same price category occupied by Burgundy. The same goes for yields.

One direct influence that the smaller vintage will have on the character of the vintage in the Southern Rhône is that yields were limited primarily by shatter (known as coulure) owing to inconsistent, cool, rainy weather and an early flowering (two weeks earlier than 2016). Early flowering varieties, notably Grenache suffered the most meaning that other vines had the chance to play a larger role. Mourvèdre was entirely unscathed so this underused, intensely aromatic flavourful variety may well contribute quite a lot to the character of the vintage in the south. That certainly plays into the hands of those at Beaucastel!

“Mourvèdre was entirely unscathed so this underused, intensely aromatic flavourful variety may well contribute quite a lot to the character of the vintage in the south.”

Another unique aspect of the vintage, according to Marc Perrin at Château de Beaucastel, was that of the grapes which made it through the growing season to arrive on the sorting table, very few needed to be excluded. “Sorting was not really necessary,” he declared to James Molesworth of Wine Spectator, while indicating that the wines we can look forward to will show plenty of sweet tannins, ample structure, excellent balance, colour and acidity. That’s a very encouraging comment for all of us who will be watching our favourite estate with a keen eye over the coming months of releases.

With a harvest lagging about a week behind the south on average the Northern Rhône upheld its end of the bargain in contributing to a high-quality vintage. The same issue of early flowering occurred across the region, setting the schedule for one of the earliest harvests on record. The hazard with shatter affected the white wine appellations the worst as Syrah largely avoided this particular pitfall, but Viognier bore the full brunt of the problem, but without a supporting cast like that of Grenache to pick up the slack in Condrieu. The quality is high, but yields are cripplingly limited to 50% below normal.

While Bordeaux enjoys its Rule of Fives, it seems that Rhône has its own rule; that of sevens. 2017, 2007 and 1997 all provided excellent quality, especially in the best appellations. With steadfastly reasonable prices, even given the small quantities, this is surely a vintage to buy.