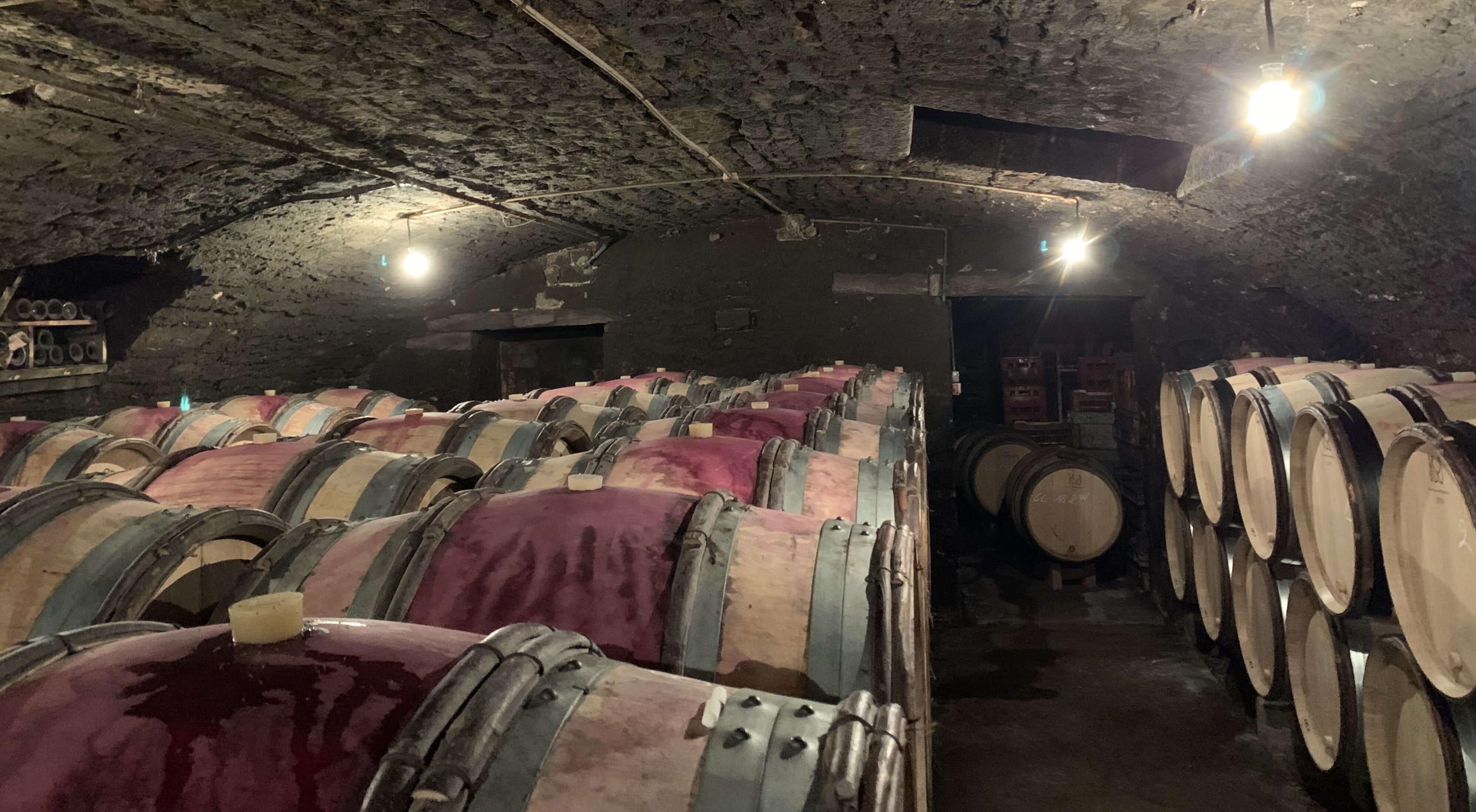 The most rewarding experience for a wine merchant is to discover something new where it is least expected. One would be forgiven for thinking that such well-trod grounds as the streets of Gevrey-Chambertin would hide few secrets. It is one of the most fashionable villages in the Côte de Nuits and accordingly, wines from its oversubscribed vineyards are among the most in-demand and sought-after in the world.

In a place where seemingly no stone is left unturned it is a wonder that this year we had the good fortune of finding our way into the cellar of Domaine S.C. Guillard for the first time. Michel Guillard is a unique character, a hold out from a bygone age.

Founded in 1913 by the current owner's grandmother, Guillard is far from new on the scene. Under the stewardship of third-generation Michel Guillard, he has been quietly going about his business, working some of the best vines in Gevrey, making tiny amounts of ultra-classic, refined and age-worthy wines that we are kicking ourselves for not finding sooner! We shouldn't be too hard on ourselves however; Michel has no website, but beyond that he has no email, keeping a fax machine which more often than not has no paper in it. As a result his wines are extremely hard to come by and we are thoroughly grateful that we managed to find our way into the tiny cellar under his house in the heart of the village of Gevrey.

“Michel has no website, but beyond that he has no email, keeping a fax machine which more often than not has no paper in it. As a result his wines are extremely hard to come by.”

Among the domaine's holdings are some truly aristocratic 1ers Crus including Lavaut Saint-Jacques, Poissenots and Corbeaux, as well as a wealth of high-quality villages crus, including old vines in the Reniards and Corvées lieux-dits. The wines are ultra-classic, fresh and ineffably linear. You can tell that Michel is not making wines to please passing fads. Without the burden of opinions courtesy of social media and the growing chorus of trendsetters in the global wine world, he is making wines as he knows they should be made.

Furthermore, it seems he’s not overly fussed about how much his wines cost. They’re not cheap but no one would call them expensive. Representing hands-down the best value in Gevrey-Chambertin, there is tons of potential upside as they gain renown. We saw it happen with Duroché and Berthaut-Gerbet, and Guillard may well be next to see demand (and prices) soar on the secondary market. It will have to be the secondary market because we can’t imagine Michel assigning blue-chip pricing himself!

Guillard is one of the great hidden gems of the Côte d'Or. You would walk past the cellar door a thousand times and not notice it. Once inside count yourself lucky for few have ventured inside where only a few dozen barrels comprise the entirety of Michel Guillard's production. A bona fide traditionalist Michel is a man of old-school hard graft, with dirt under his nails and a no-nonsense approach to winemaking. There are fewer and fewer stones left unturned in Burgundy and we are pleased that this is one stone Cru turned over this year and found a shining gem!